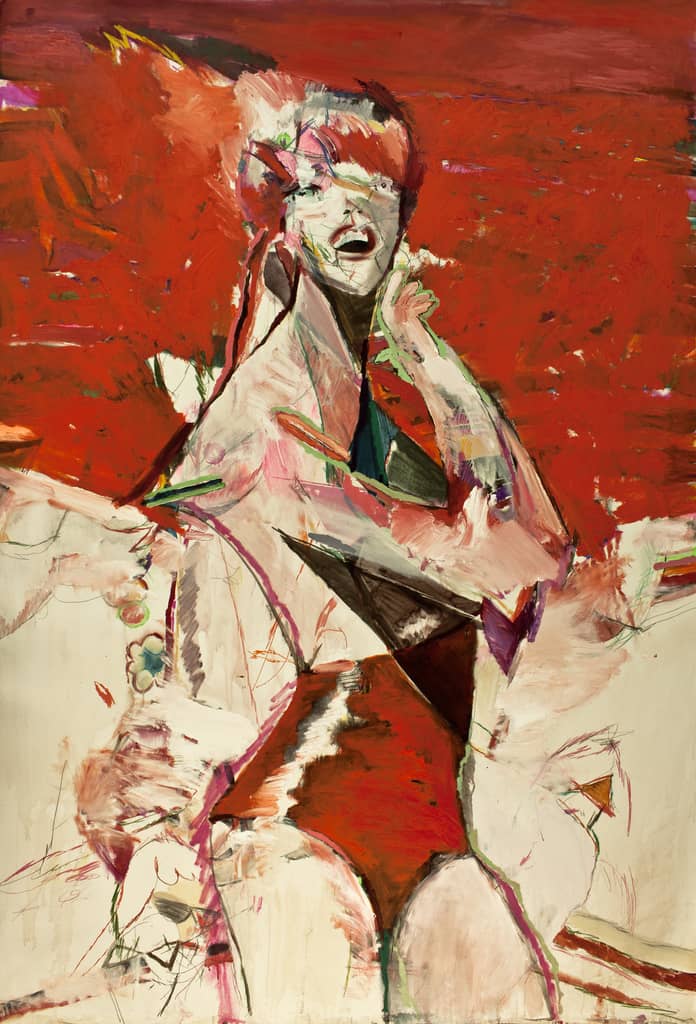 Pompous theatrical figures dance in the rhythm of a hubbub to unravel the promiscuous narrative that is unfettered by the laws of reason. These flamboyant creatures embrace a world where sexual stimulation is emphatically glorified and where primordial instincts elucidate the origins of human desire. Alexandros Vasmoulakis’s characters become contemporary Dandies and Maenads that are captured by the power of the gaze, while they succumb in the fear of rejection. 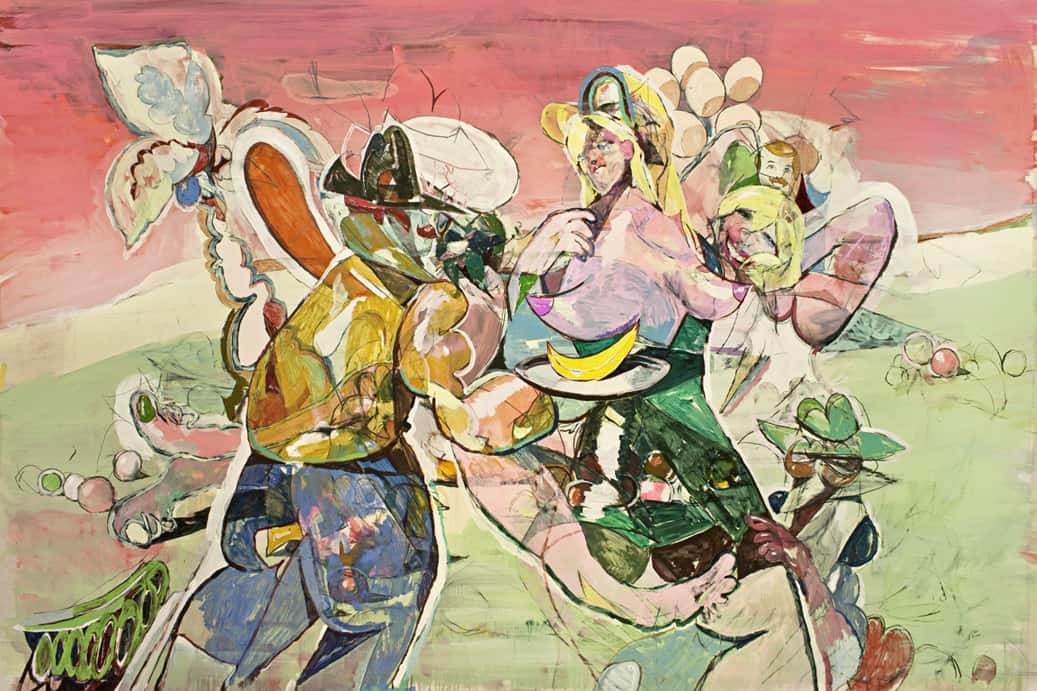 Pure and clean as the cry of a baby, all the long gone darlings | Oil & Acrylic on paper mounted on canvas 150x230cm

The artist draws up memories from the relentless game of sexes, which perpetually struggle to define human sexuality. The painter explores the necessity of visual pleasure by adopting expressionistic and pop elements that compose an amalgam of a clear yet allusive story. The historical relationship between the female nude and the male gaze has been famously targeted by feminist theories, such as Laura Mulvey’s essay.

However, in this exhibition even though the mentioned interrelation occurs – mainly through the sculptural installation with the scattered male heads that obsessively stare at the visitors and the depicted figures – the sexes redefine their stagnant roles. This element appears in the painting “Divinity in Disguise”, where man is portrayed as the object of vision. In this way, Vasmoulakis remains distant and detached from a priori interpretations in order to reflect on the nature of the gaze that unfolds a ceaseless scenario of intertwined power relations. 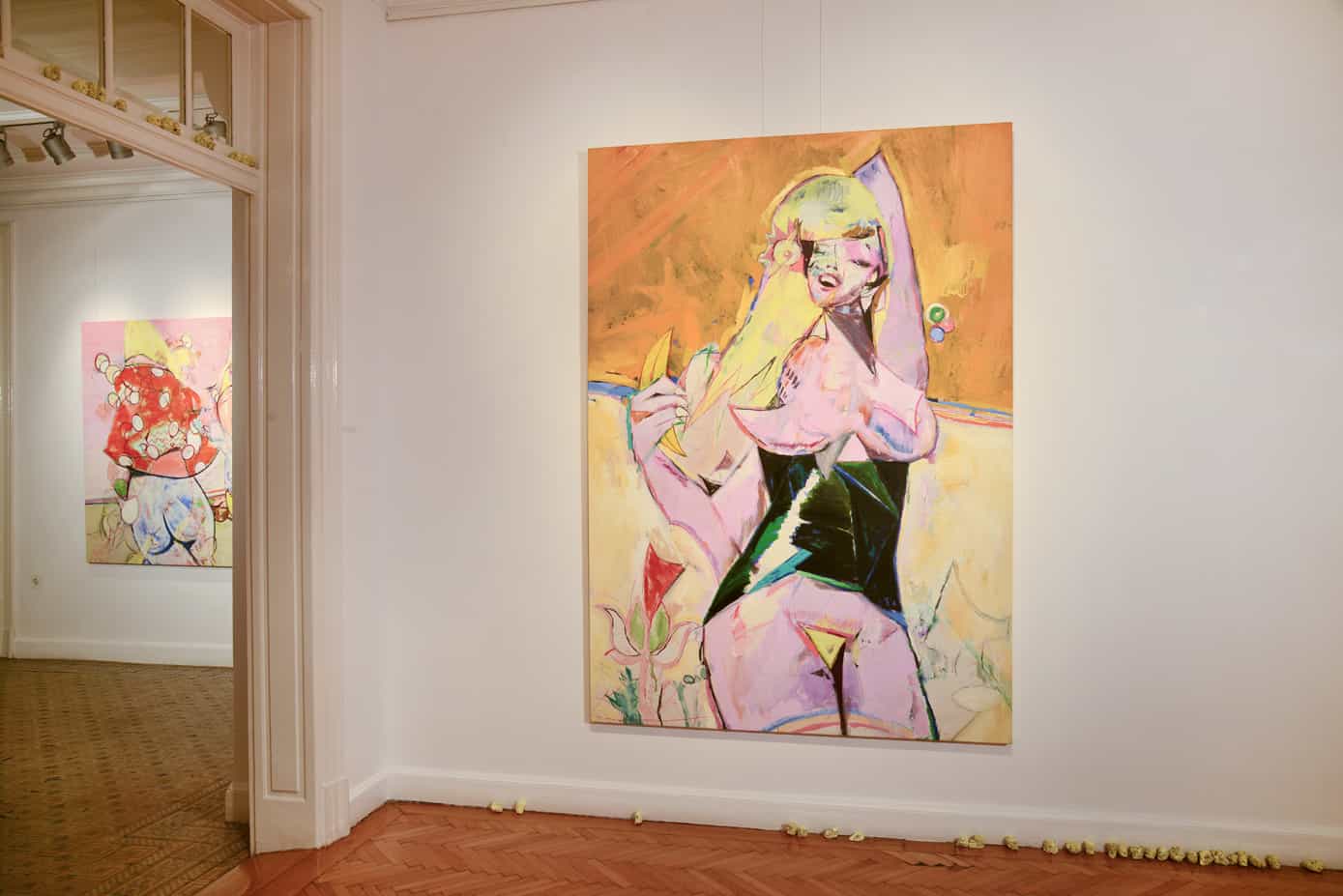 The mixture of drawings and colors resonate with the aesthetic qualities of a palimpsest, where the erased imprint is deciphered and the stained surface is enhanced; revealing a thorough painting process that highlights the imperfections in the final composition.

Nudity – as the praise of an unbounded self display – is accompanied by the eccentric costumes and the flashy accessories that elucidate the exuberant behavior, while the neurotic smiles with the shiny polished teeth yearn to be the center of attention. Vasmoulakis’s personas are seductive and strongly proud of their sexuality; they are addicted to the “society of the spectacle” and remain dependent on the viewer’s presence in order to affirm their existence. 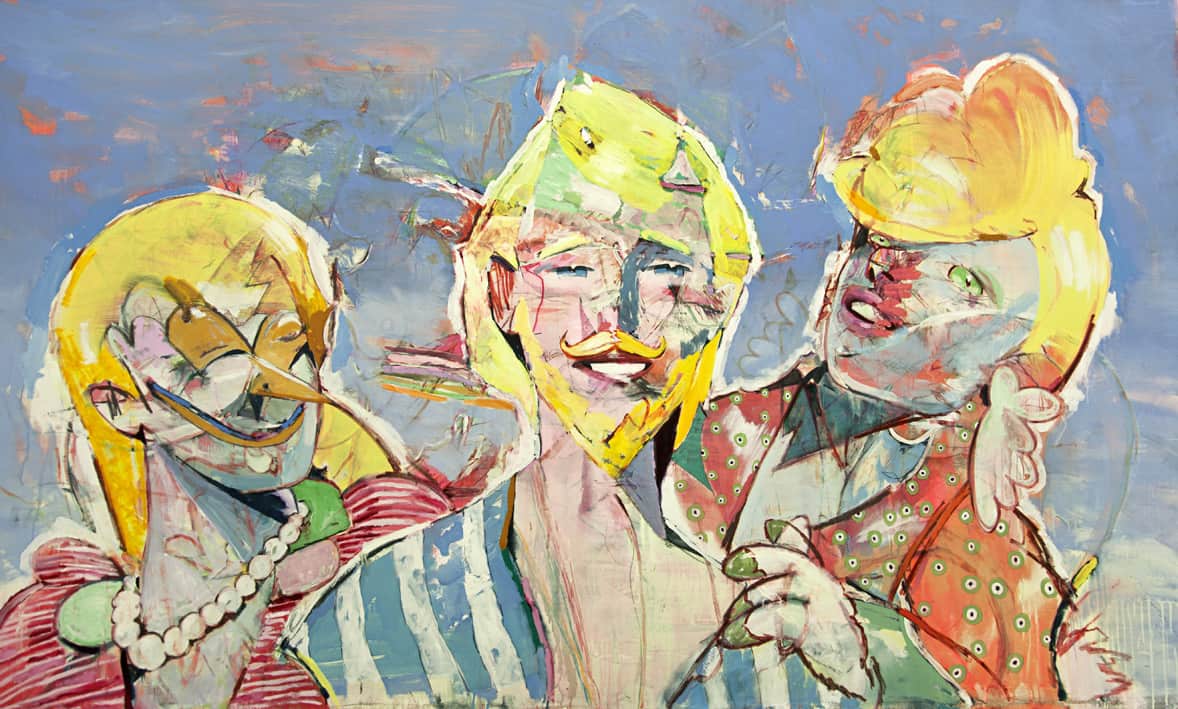 Their ambivalent multifaceted character pulsates between attraction and repulsion, fostering a psychological tension that resembles the extravagant dramas of Hollywood cinema. The lustful style of women elicits innocence and naivety, while men’s representational and abstract elements of clothing create a robust and vigorous look that alludes to the musketeers of Alexandre Dumas. Men and women, both victims and victimizers that reproduce our species, fatally narrate the kernel of human desire; the agony to become a part of a visual dialogue. 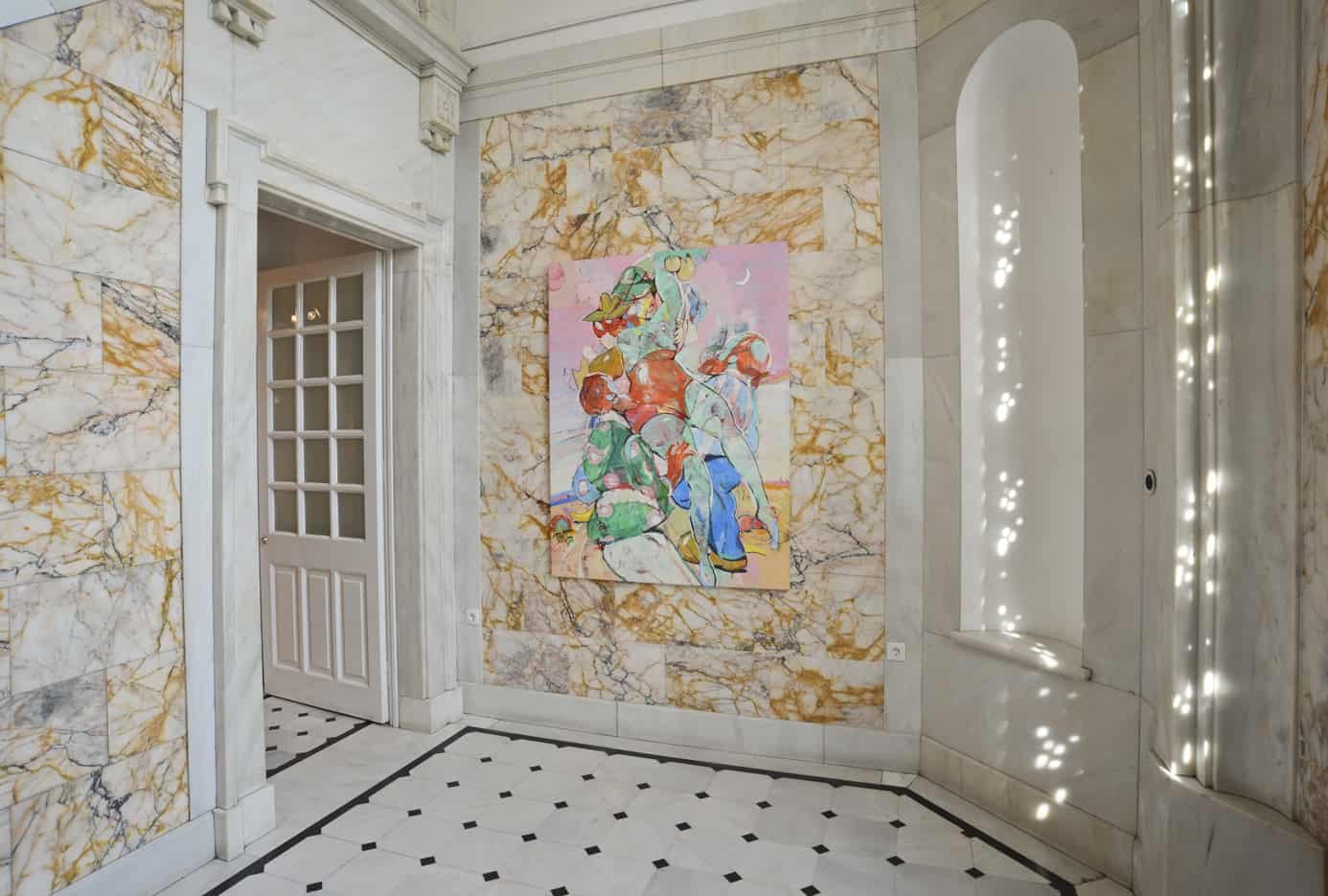