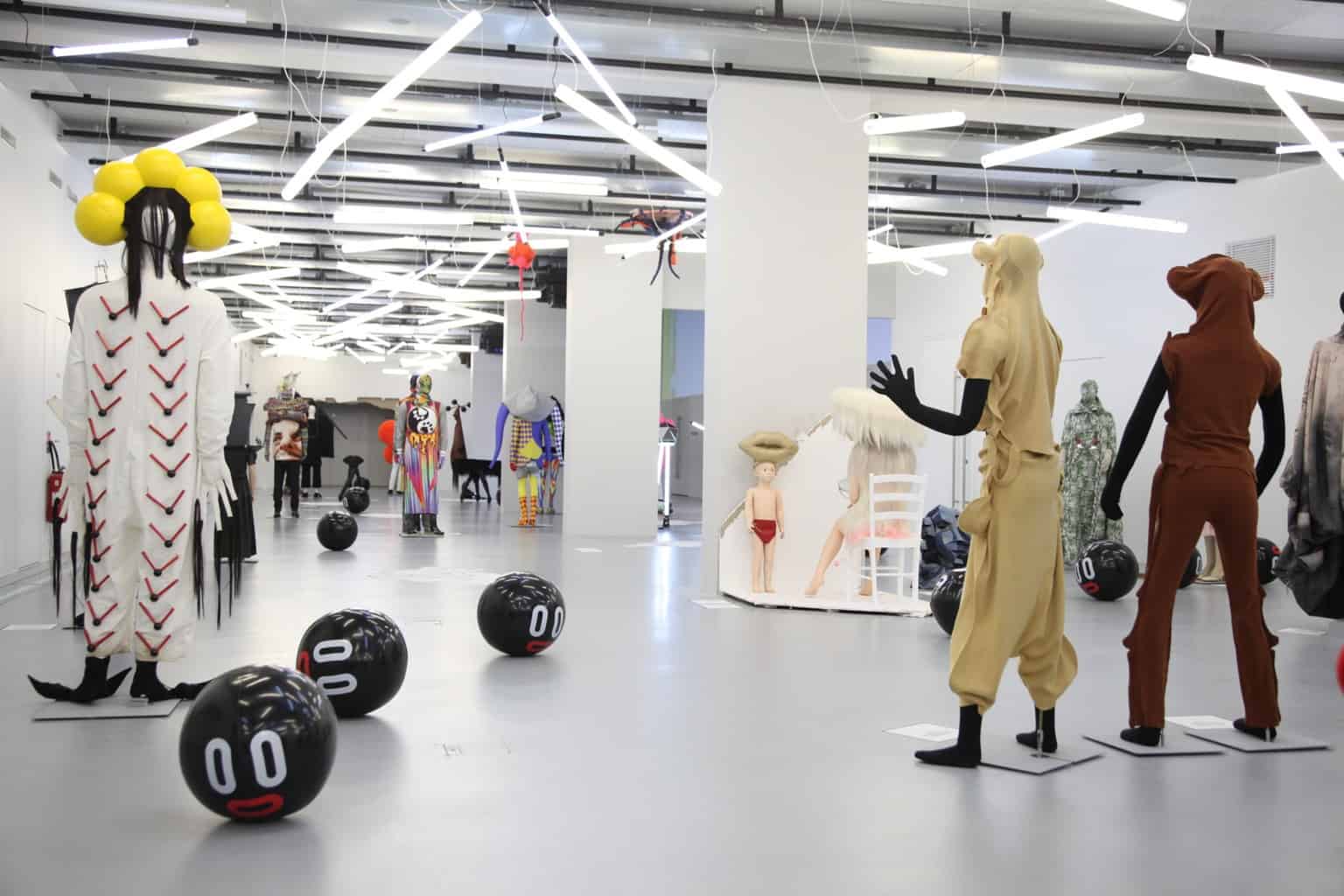 Arrrgh! Monstres de Mode is the first international fashion exhibition of monstrous, radical or grotesque creations inspired by the ‘character design’ phenomenon. The exhibition presents 58 fashion designers and artists with over 80 costumes and installations as one entity, one piece of art.

The most distinctive feature of the exhibition is that the mannequins are not placed on podiums or inside glass windows. They are close to the Gaîté lyrique’s visitors, on the same level and not as if they are keeping a distance. People  stand next to these monsters and really compare themselves to them. How different are these monsters from us? How much more comfortable do the monsters seem to feel within their bodies and looks, when compared to us?

Arrrgh! Monstres de mode is not just about fashion and clothing as an applied art or a communication tool. Arrrgh ! Monstres de mode is about fashion as a visual art form. Focusing on the expression of the self and the relationship of the individual within the world. The creations by henrik Vibskov and Charlie Le Mindu place the viewer right into the centre of their world. Characters are abstract and reduced figures with a strong anthropomorphic appeal and bold graphical silhouette. In ancient Greek, the word ‘character’ – χαρακτήρ – denotes a ‘point – σημείο – created by engraving on any kind of solid substance’. It also has the meaning of ‘bearing a distinctive, facial trait, or having a particular way of thinking and acting’. The word ‘character’ originates from the same root as the verb χαράσσω – to engrave, which also means ‘to design’.

The Contemporary Characters phenomenon first appeared in the USA at the beginning of the 20th Century and boomed intensively in Japan the following decades. Their original purpose was for advertising and product promotion. From the ’90s onwards, Contemporary Characters have flooded cultural and artistic production on a global scale; they now appear in many forms of artistic production – from street art and video games, to vinyl toys, animation and cinema, object and product design, graphic design, artists’ sketchbooks and fashion, questioning the established norms of aesthetics.

In the contemporary fashion field, the human body is constantly mutated and transformed into an unknown, bizarre and many times monstrous figure. Designers and artists experiment, give atypical shapes to textiles, create odd forms and extreme volumes, cover and mask the face, and dress the human body by creating hybrid creatures with supernatural shapes, vibrant colours and surprising abstract elements. These experimental creations become parallel worlds, proposing and bringing to surface different realities.

What lies hidden behind a person or an identity? And what makes up identity in a globalised secularised society in which we see ourselves both as a citizen of the world and as a member of a local community? Besides our real lives we now also lead virtual, digital lives on Internet. We are not just human beings but we create and develop our very own avatar. And who do we become when we look within ourselves and give our fears and fantasies free rein? These are the issues and uncertainties addressed by designers, artists and ATOPOS CVC in the exhibition Arrrgh! Monstres de Mode.

Monsters in Fashion is based on an original idea from Vassilis Zidianakis, in association with Angelos Tsourapas. Scenography by Stamos Fafalios.