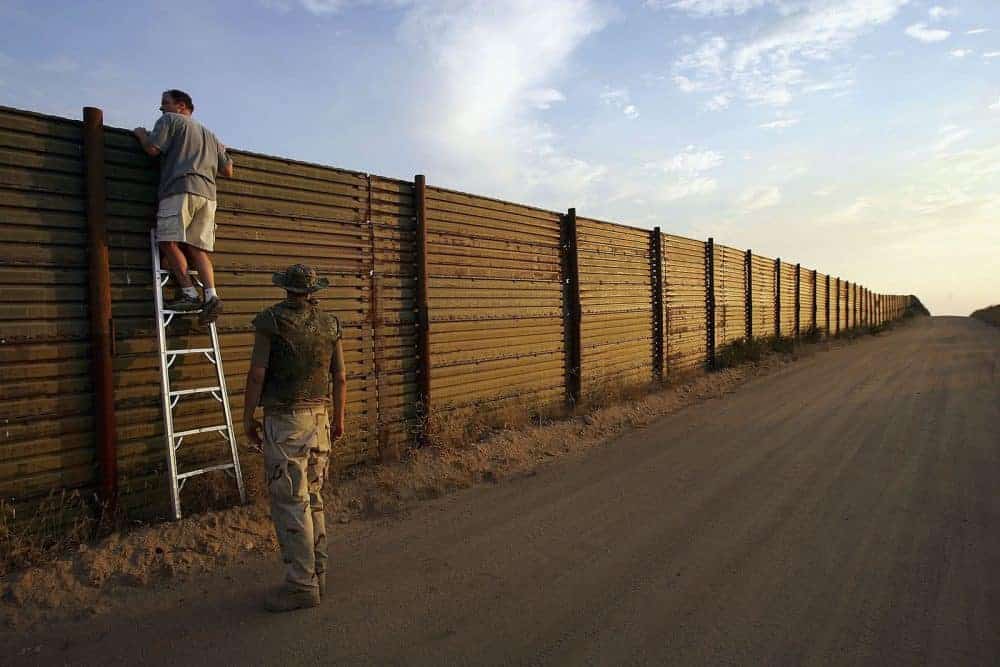 Significant portions of the population of the United States believe that immigrants are naturally inferior. The attitude is not new. In fact, the idea of a natural political inferiority was invented in the ancient world, though it has repeated itself again and again throughout history—hence the persistence of the term “barbarian.” Originally used to classify those beyond the pale of ancient Greek and Roman society, “barbarian” has since been redeployed throughout all the history to designate one’s cultural and political enemies as “naturally inferior.”

From the nineteenth-century French bourgeoisie who called the migrant peasants in Paris “savage barbarians” to Nazi propaganda that described migrant Jews as “uncivilized oriental barbarians,” the perceived inferiority of migrant groups relative to the prevailing political centers has proven to be an enduring source of antagonism.

The recent slurs against Mexican migrants to the United States on the presidential campaign stage retreads this familiar ground. Mexican immigrants are perceived by many in the United States (including the government) to have a negative impact on the states. It is for this same reason that the entry of barbarians in the Greek polis, Roman Empire, and even in ancient Sumer was carefully restricted. In the United States, and in the ancient empires, large military-style walls were built and guarded to control the movement of undesirable foreigners into the community. The reasons for the undesirability of their respective foreign populations vary in each society, yet all these powers are associated with massive wall projects.

Significant portions of US and ancient societies also found these populations of foreigners undesirable because they would have a negative impact on the “culture” of the host country—yet barbarians were also required as manual laborers to support that culture. In part, it is the language of the immigrant’s culture that is perceived as inferior or incompatible to the host’s language. This matches Aristotle’s first key characteristic of barbarism: the inability to speak the language of the political center.

Anti-immigrant discourse in the United States is filled with rhetoric about Mexican immigrants who cannot or “refuse to” learn English and whose populations are changing the “American way of life.” Both contemporary and ancient societies believed that these immigrations were not benign but constituted a political and military “invasion” that required a military response, thus the walls, deportations, and military operations.

In the United States, this concept was reanimated in popular and political discourse by Samuel Huntington in his 1996 book, The Clash of Civilizations, to explicitly describe the “Mexican immigrant invasion” of American civilization. For the last fifteen years or so, right-wing author Patrick Buchanan, along with others, has been popularizing this political concept of “barbarian invasion” for conservative audiences in the United States. It seems to be catching on, given the success of Donald Trump’s xenophobic rhetoric, or perhaps more troubling, the way in which the recent Central American child refugees to the United States were regarded by the media and the government.

Buchanan writes: History repeats itself. After the Roman Republic spread out, Rome became a polyglot city of all creeds and cultures of the empire. But these alien people brought with them no reverence for Roman gods, no respect for Roman tradition, no love of Roman culture. And so, as Rome had conquered the barbarians, the barbarians conquered Rome. In the 5th century, beginning with Alaric and the Visigoths in 410, the northern tribes, one after another, invaded and sacked the Eternal City. And the Dark Ages descended. And as Rome passed away, so, the West is passing away, from the same causes and in much the same way. What the Danube and Rhine were to Rome, the Rio Grande and Mediterranean are to America and Europe, the frontiers of a civilization no longer defended.

Buchanan argues that the decline of the United States and the decline of Rome are both due not so much to the strength of the “invaders” (barbarians and “illegal immigrants”) but to the so-called Christian generosity of “emperor Valens, who has his modern counterpart in George W. Bush,” which has been taken advantage of as migrants are allowed to cross the border. Buchanan’s historical parallel is deeply
disturbing on many levels since Rome has always been the go-to model for Western imperialism from Napoleon to Hitler. But the comparison with the United States is true in many ways—just not in the ways Buchanan thinks.

In 376, an “incalculable multitude” of barbarian refugees arrived at Rome’s Danube border, asking for asylum from the Huns. But the reason Valens eventually helped them cross the river was not “generosity” but power and greed: he required them to be enlisted in the Roman army and pay heavy taxes in exchange for land, grain, and protection. As they crossed, many drowned. Corrupt Roman soldiers allowed barbarians to keep their weapons if they sold their wives and children into prostitution and slavery.

Once they arrived on the other side of the river, they were put into deplorable refugee camps where the great Roman historian Ammianus Marcellinus describes the exchange of Gothic slaves for dogs to be eaten as meat. Food was insufficient, and the barbarians were never given the land, grain, and protection they were promised. Instead, thousands starved to death, watched their younger children die, and their wives raped or sold into slavery or prostitution for food. Finally, the barbarians were so desperate and dispossessed that they revolted. “In this way,” as Ammianus writes, “through the turbulent zeal of violent people, the ruin of the Roman Empire was brought on.” There is a contemporary parallel to this in Mexico-US migration. 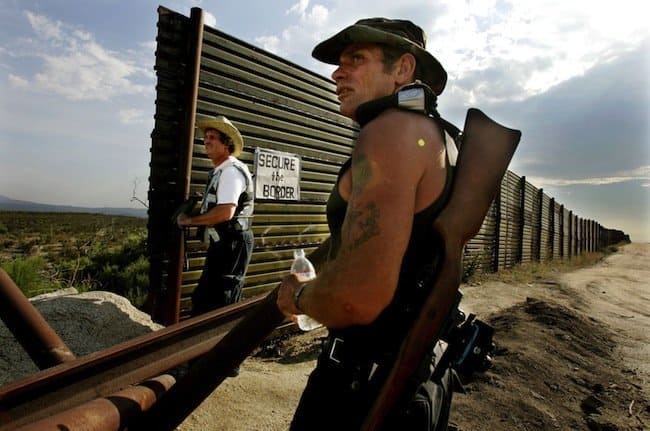 California Minutemen volunteers T.S. McMullen and Stewart, right, look over the Border wall for immigrants trying to cross into the United States Aug. 4, 2005 along the U.S.-Mexico Border in Campo Calif. (AP Photo/Sandy Huffaker)

Mexican migrants are frequently recruited in Mexico by American corporations with the promise of a good wage, food, and the American dream (land, protection, etc.). If they arrive, they are promised the possibility of a pathway to citizenship through military service in one of the foreign wars in which the United States is engaged. But many of those who try to cross illegally die because of the US-Mexico border wall (more than six thousand have died since 1994).

Mexican migrants pay the coyotajes’ exorbitant fees to smuggle them across the border, and the coyotajes in turn bribe US officials and others to get them across. Sometimes, however, the coyotajes kidnap their clients, rape them, or sell them to human traffickers.

Once on the other side of the river, migrants are caught—taken from their families and put in a detention camp, where more than 107 migrants’ deaths have been covered up by Immigration and Customs Enforcement (ICE) since October 2003. Or the migrants get a job and are often cheated by their employers, who charge them excess fees for their transport, pay them less than they promised, physically abuse them, and generally take advantage of their partial or lack of status. Migrants work some of the hardest and most slavish jobs in the United States and still live below poverty.

ICE raids on elementary schools take migrants’ children away from them. Migrants are also frequently deported away from their children, who then grow up in poverty. Without legal means of work, migrants are more likely to end up in the underground economy of prostitution, drugs, and so forth. This is the real historical parallel between the United States and Rome. The question now is, “When will the empire fall at the hands of a migrant revolution?”

Thomas Nail is Associate Professor of Philosophy at the University of Denver and author of The Figure of the Migrant as well as Returning to Revolution: Deleuze, Guattari, and Zapatismo (Edinburgh University Press, 2012).