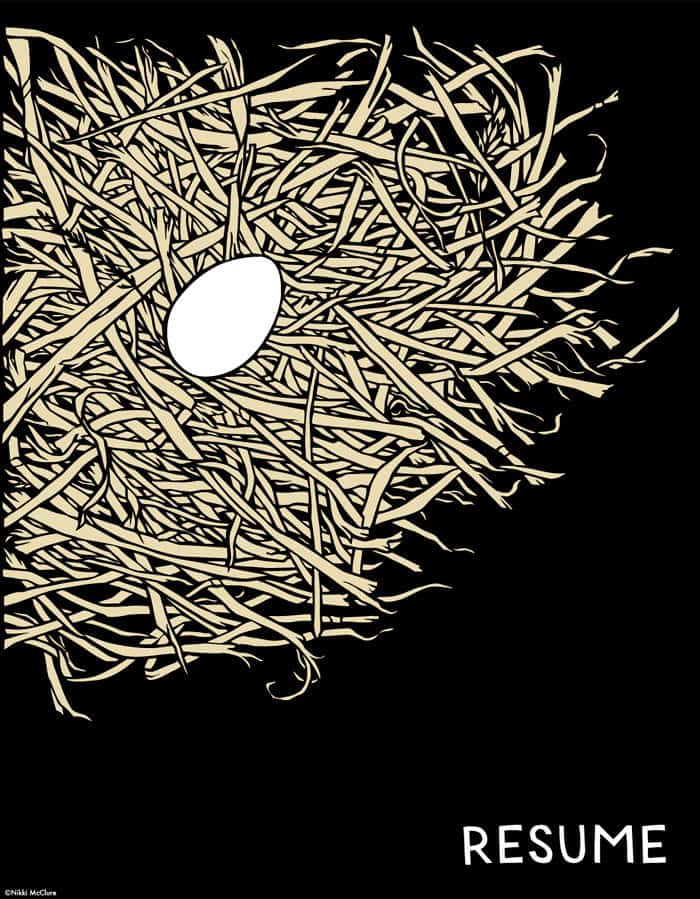 Nikki McClure of Olympia, Washington is known for her painstakingly intricate and beautiful paper cuts. Armed with an X-acto knife, she cuts out her images from a single sheet of paper and creates a bold language that translates the complex poetry of motherhood, nature, and activism into a simple and endearing picture.

Her work depicts the virtues of hard labor and patience, which is inherent in her process as well as in the images themselves: weathered hands washing dishes, people sweeping, mothers caring for their babies, and farmers working the land. But there is also a large element of celebration, of taking the time to roll around in the grass and get wet from the early morning dew. The need for all of us to lay down on the ground, grab hold of the earth, look at the stars and dream. She magnifies the importance of simple things, like the change of seasons, slowing down the world for a moment so we can actually taste it. 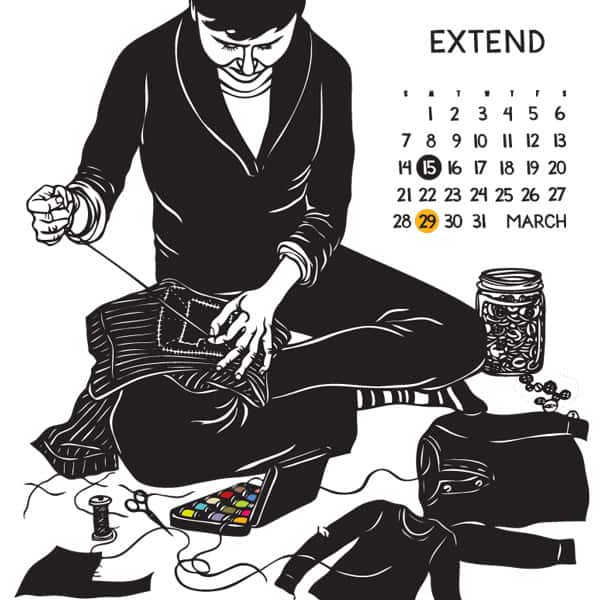 Nikki’s images exude a positivity that revolves around community, sustenance, parenting, and appreciating both the urban and rural landscape, undoubtedly influenced by her home in the Northwest and specifically Olympia. As one of the more prominent visual artists involved with Olympia-based record labels K and Kill Rock Stars, as well as the Riot Grrrl movement in the early nineties, Nikki’s work still embodies the fiercely independent fire that fueled the passion and creativity of that time period.

She regularly produces her own posters, books, cards, t-shirts and a beloved yearly calendar as well as designs covers for countless records and books, including illustrations for magazines the Progressive and Punk Planet. She is a self-taught artist who has been making paper-cuts since 1996. 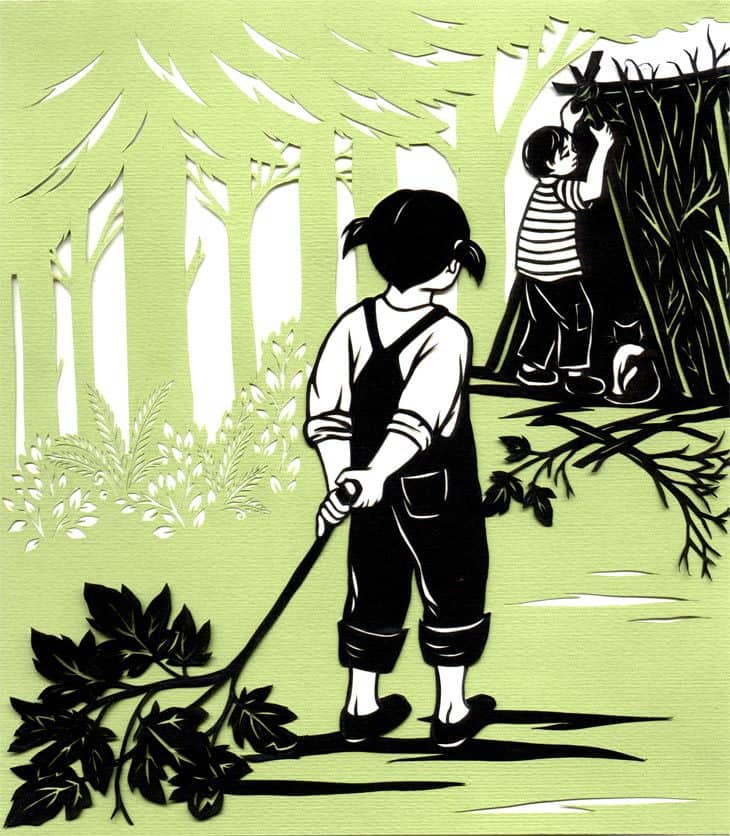