Eurythmics: how we made Sweet Dreams (Are Made of This) - karouzo- a place for the arts
Skip to content 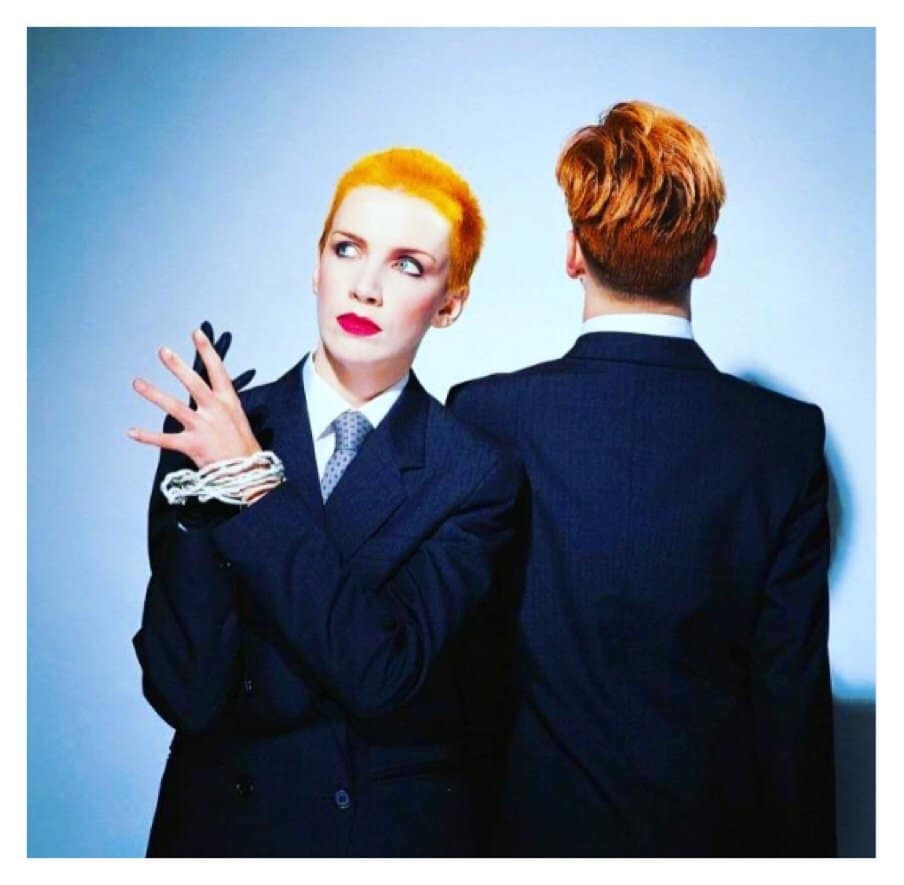 This article titled “Eurythmics: how we made Sweet Dreams (Are Made of This)” was written by Interviews by Dave Simpson, for The Guardian on Monday 11th December 2017 18.47 UTC

Annie and I went to Australia with the Tourists, but the band broke up and we ended up sat in a hotel in Wagga Wagga. I had a little black and yellow Wasp synthesiser and was making didgeridoo sounds. When Annie started singing along, we thought: “Maybe we could make weird and experimental electronic music?”

On the flight home we split up as a couple but kept on with the music, carting the gear in a second-hand horsebox. At one gig, we played to four people, drove home through the night in the snow and had to stop the car. It was 6am and Annie was crying. I realised we needed some proper equipment, so we went to see the bank manager. Sat in his office, we were this odd couple. I was taking speed. Annie wasn’t. Amazingly, he lent us £5,000.

I couldn’t get any of the new equipment to work. By this point, Annie was totally depressed. She was curled up on the floor in the foetal position when I managed to produce this beat and riff. She suddenly went: “What the hell is that?” and leapt up and started playing the other synthesiser. Between the two duelling synths we had the beginnings of Sweet Dreams (Are Made of This).

It’s the most misheard lyric in British pop. People think I’m singing, ‘Sweet dreams are made of cheese’

It was a juggernaut rhythm, but it wasn’t a song. Quickly, Annie did this startling rant which began: “Sweet dreams are made of this …” It was mind-blowing, but depressing, so I suggested the “hold your head up, moving on” bit to make it more uplifting.

We thought we’d done something miraculous, so were disillusioned by other people’s initial reactions to it. The record company said there wasn’t a chorus, so they didn’t see it as a single. But when a radio DJ in Cleveland kept playing it from the album, his studio phones lit up. The label relented, it was a global hit and No 1 in the US.

People went bonkers for the video, which was constantly on MTV. I wanted to make a commentary on the music business but also make something a bit performance art – weird and dreamlike. So we mocked up a record-company boardroom in a studio in Wardour Street and put a cow in it, to signify reality. There we were: Annie and I laid flat on a table, and this cow, which was peeing everywhere.

We’d come out of the end of the Tourists battered and bruised. We were massively in debt, and I’d come across some real monsters in the music business. I’d lived in so many bedsits and was desperately unhappy. We’d survived, kinda, but it was tough. I felt like we were in a dream world, that whatever we were chasing was never going to happen. All this poured into Sweet Dreams.

I was trying to be the opposite of the cliche of the female singer. I wanted to be as strong as a man

From that first line, it’s not a happy song. It’s dark. “Sweet dreams are made of this” is basically me saying: “Look at the state of us. How can it get worse?” I was feeling very vulnerable. The song was an expression of how I felt: hopeless and nihilistic.

“I travelled the world and the seven seas, everybody’s looking for something” was about how we’re all in this perpetual state of seeking. It’s about surviving the world. It’s not a normal song so much as a weird mantra that goes round and round, but somehow it became our theme song.

We wanted our visual statements to be strong and powerful, because we knew they’d be there forever. I wore a suit in the video with my cropped hair. I was trying to be the opposite of the cliche of the female singer. I wanted to be as strong as a man, equal to Dave and perceived that way. Wearing wigs and taking them off again was about the affectations that women create to become acceptable or beautiful to men, about removing masks and how none of it is real.

People didn’t always get that, or understand the irony of it. Because of lines like “Some of them want to use you … some of them want to be abused”, people think it’s about sex or S&M, and it’s not about that at all. Apparently, it’s the most misheard lyric in British pop. People think I’m singing: “Sweet dreams are made of cheese.”